How To Stream Kodi From Chromecast – Top 3 Methods

How To Stream Kodi From Chromecast – Top 3 Methods

Google Chromecast is an awesome media device that can transform your old TV into a smart TV as long as it has an HDMI port. Chromecast is supported by a wide range of media players and platforms, such as YouTube. However, Kodi does not support Chromecast at the moment. If you are someone who loves to watch videos on Kodi, you would also like to find a way to stream its content on Chromecast.

While there is no official way to do it, there are some really cool workarounds. We have created this exhaustive guide, which will take you through different methods to stream Kodi on Google Chromecast. 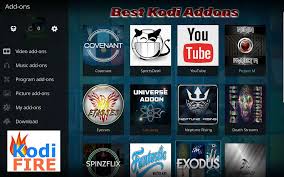 Method 1: Kodi Running in The Background On An Android Device

If you are looking for a battery-friendly way to s

tream Kodi on Chromecast, this is the best method for you. This is because it runs Kodi in the background while it is being streamed and thus you can also lock the phone and save the battery. We have also noticed that this method offers the best quality streaming as compared to the other methods we have listed here.

But, the process is pretty lengthy and may get a bit confusing. We have created this guide to take you through step by step process of streaming Kodi on Chromecast and make things a bit easier for you. Just ensure that you follow each step carefully. By doing so, you will be able to sidestep the hassles and easily get Kodi streaming. This is how we do it:

If you want, you can easily minimize the LocalCast app and lock your Android device. The streaming will not get interrupted. 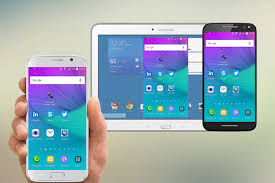 This is a more straightforward method to stream Kodi on Chromecast. The reason why we do not prefer is that you need to keep your device unlocked all the time and Kodi must run in the foreground. As a result, more battery is consumed. Also, it may interrupt your other mobile services, such as messages and calls.

We also found that the streaming quality is not as great as compared to method one. There were a few lags. While a lot of people may not mind a few lags here and there, many would like an uninterrupted streaming experience. We will leave it up to you to make the choice.

In this method, we will use the mirror feature offered by Google Cast application. The process is simple and this is how it can be done:

This may not be the best method but it is quite easy. 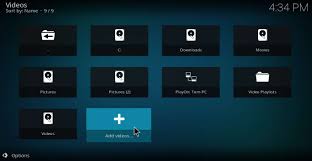 This method is much like the previous one, except we would be mirroring PC instead of Android device.

In this method, we will make use of the Google Cast Chrome extension. This extension can mirror the entire screen of your computer to the Chromecast device. The steps are pretty simple and work both on PC and Mac. Here is what you need to do:

Note: Make sure that your Laptop/PC or Mac and Chromecast device are all on the same Wi-Fi network in order for this method to work.

Since we are mirroring the desktop on your TV, everything that is visible on your computer screen will also appear on the TV. So, you will need to make sure that Kodi is running on the Foreground. you can also check this guide to know How to Setup Kodi on PC and Mac.

Kodi does not support Chromecast at the moment. However, there are workarounds to watch Kodi videos on your Chromecast device. While the first method is a bit long, it is the most effective and power efficient. It also offers highest streaming quality. The other methods involving Android and PC mirroring are also pretty fine but they may not offer as high-quality streaming as the first one.

Previous articleBest iOS 10 Widgets For iPhone And iPad – Get Them Now!
Next articleTop 10 Skype Alternatives You Can Use in 2020