In this post, we’re going to list a 10 best free dating and best hookup apps for iPhone, iPad, Android and other platforms. We’ve tried to include as many dating possibilities. Without further ado, let’s begin.

Gone are the days when we had to make a trip to the coffee shop every weekend with the hopes of meeting someone interesting. There are apps for that too now. And they’re available right on your iPhones and Android devices. To have a look into each, just read further.

Tinder is by far the most popular dating service that is also used for hook ups. The app is so common that it has made its way easily into popular culture. Tinder works by showing you pictures and information about candidates, and you can swipe horizontally of the screen in the direction depending upon whether you are interested in talking to them or not.

The app is free, though it may require in-app purchases which are not mandatory. Set up your profile, fill in your interests, add an interesting photo and header and watch as the matches come pouring in! apart from that tinder without Facebook is also being used by people, learn  more about it by clicking on the link. 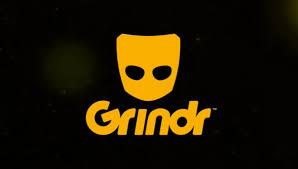 Grindr is arguably the app that started it all. The app is primarily a hook up app and is targeted specifically at the community of gay, bisexual and bi-curious men. It is relatively simpler than most other apps too. Just turn of your location settings, download the app and set up a profile.

Nearby users will be visible right away of your screen, and you can go ahead and converse, date or hook up with anyone you like. Select your tribes, input more information and tell people what you’re looking for, and wait for the messages to cascade in. iPhone and Android versions are both available.

It is easy to fall in love with Blendr; the features it carries are nothing short on revolutionary. The app uses your location and sets you a profile. You can see fellow users of the app. What’s more, the app will tell you if you “bumped into” any Blendr users that day.

You can send them a message if you like them, and hopefully they will be kind to reply. The staggered arrangement on peoples’ icons is beautiful and easier of the eyes. Try out Blendr for Android or iPhone once, and you won’t regret it. 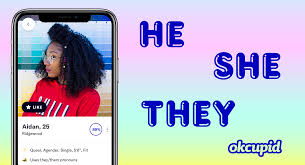 OKCupid is a much more mellow dating service, for those who prefer an old school romance to the sex-crazed meet ups that are in vogue. Your profile is easy to fill, and the messages of interest are almost instantaneous. The app can be used for hook ups too.

You can set information about you by answering simple questions. Plus, the app caters to everyone, regardless on their gender or sexuality.

A Women only platform is hard to come by. But we have Her, for those on the iPhone or Android smartphone. The app was previously available by the name Dattch. The app is quite like Facebook, where you can send friend requests, send messages and comments.

But the app also caters to dating requirements on the lesbian community. Have fun interacting with people you like, and set up dates, hook ups or organise a house party. The possibilities are endless.

Coffee meets Bagel is an app that can get you out on the perpetual dating-ditching loop. Tired of scouting for guys that are actually serious about a relationship and not just looking to waste time? Well then, ladies! This app will only get you matches (called Bagels) every afternoon with men who have expressed interest in genuine dating you for the long run.

The app is also mindful on any LGBTQ members, and has a slightly different selection and recommendation process. It’s a pretty decent deal for anyone who has an Android or iOS smartphone.

The well known website match.com now has its own app of the Play Store and on the App Store. The app is available in many languages, and uses your location to cater potential partners to you.

The service is not so distance oriented as much as compatibility oriented, which is a bonus if you don’t want things to just end after a one night stand. Use Match to find the perfect partner.

Hinge lets you find something real. It gets you connected from within your extended friend circle. If you have common friends, you will be suggested to each other, and you can go ahead and talk, meet and hook up.

The app’s unique concept puts you at an advantage, because it gets you tidbits about the person you need to know so that they don’t turn out to be a creep.

What’s more, your potential matches are not limited to iPhone or Android users only, since the app is available on both platforms

With over 5 million users worldwide, comprising gay, bisexual and curious guys, Scruff gets you matches from all around you. Hook up with guys you like. You can Woof at people to express interest. Send photos and videos with text to let the guy know you better.

Choose from the guys you’re interested in. There’s a whole world of men out there, waiting for you to get of the platform. Get the app for iPhone and Android of their official app stores.

Go ahead and take your dog along, and let the romance brew as you watch them play. You can also make friends with fellow dog owners. Could be a great alternative to hiring a creche or kennel service, no?

So there you have it; 10 best hookup apps for you, which hopefully cover all the aspects you want to find a partner in. If there is another app you’d like to tell us about, do drop us a line.

How to Get Google Assistant to Control Your Windows PC?